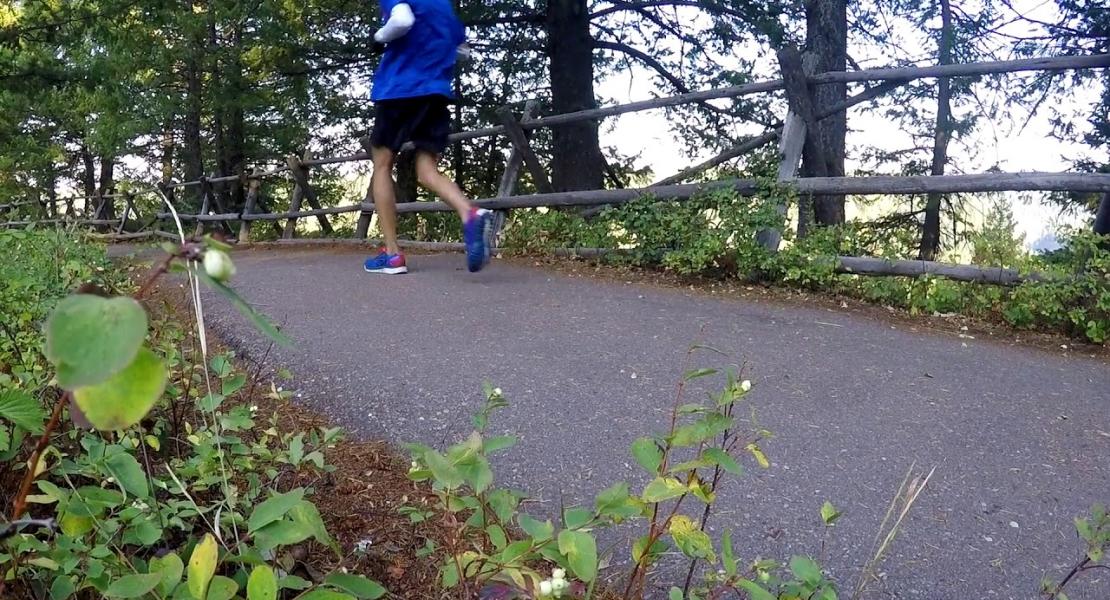 22 years ago, Dave Jacobson or “Jake, his evil twin, as he would say” was involved with the race that was held before the 4th of July parade. Well, following that race one year Keith Nyborg approached Jake at church and suggested and encouraged him to start a marathon during the fall. So, the fourth Saturday in August was picked. The first Mesa Falls Marathon had 11 runners, and Curt Judy drove all 11 up to the start of the race. There was also a relay but was dropped after two years and added the half marathon instead. This was also the time when Dennis and Jodi Aslett came on board and became the race directors for about 10 years. As the race progressed and grew the trail changed going from two miserable hills to only one. After this change, Mesa Falls Marathon gained a lot of compliments and raves over Mile14; in fact, this spot was talked about so much that it gained attention from Competitor Magazine in Oct. 2010 with a write up about Mile 14, Mesa Falls Marathon, and Ashton. This is a popular running/triathlon magazine.

Please remember that we ask that each and every runner donate a few cans of food to help the Ashton Food Bank. The Mesa Falls Marathon wants to help fill the N.F. Food Pantry up and replenish it for the upcoming Fall/ Winter season. Donations can be dropped off at packet pickup prior to the marathon. The North Fremont Food Bank thanks you!

Mesa Falls Marathon has changed from the first couple of years with more people jumping on board to help. Lynda Kerbs and Patty Litton started the runner's breakfast their legacy continues with volunteers showing up at 3 am that morning at the Elementary School to serve breakfast to the runners. Also, Lindsay Palmer started the Family Fun Run, 5K, and a few years ago a 10K was added to the agenda. The Friday evening before the Mesa Falls Marathon, there is a spaghetti/baked potato dinner for everyone @ 5 pm for $5/person. And of course, who can forget the reason why half of those marathon runners even finish the race, but to enjoy a famous huckleberry shake from our old fashioned soda fountain at Five 11 Main. So as one can see a simple idea has blossomed into an annual event; being the 22nd year, going from a couple of volunteers and 11 runners to over 100 volunteers and almost 500 runners from almost every state and several countries. Mesa Falls and Ashton have definitely become a destination during the 4th weekend of August.  Please check out their website @www.mesafallsmarathon.com